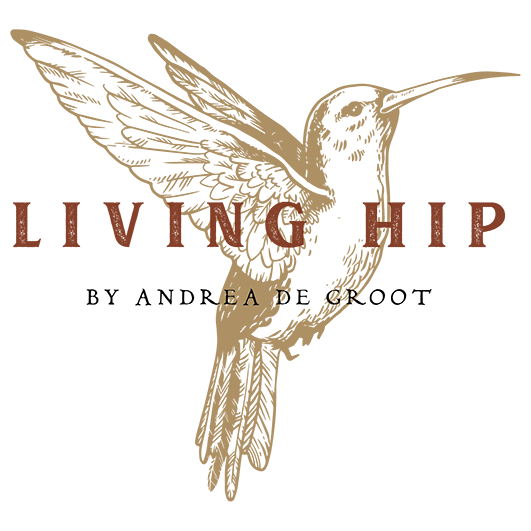 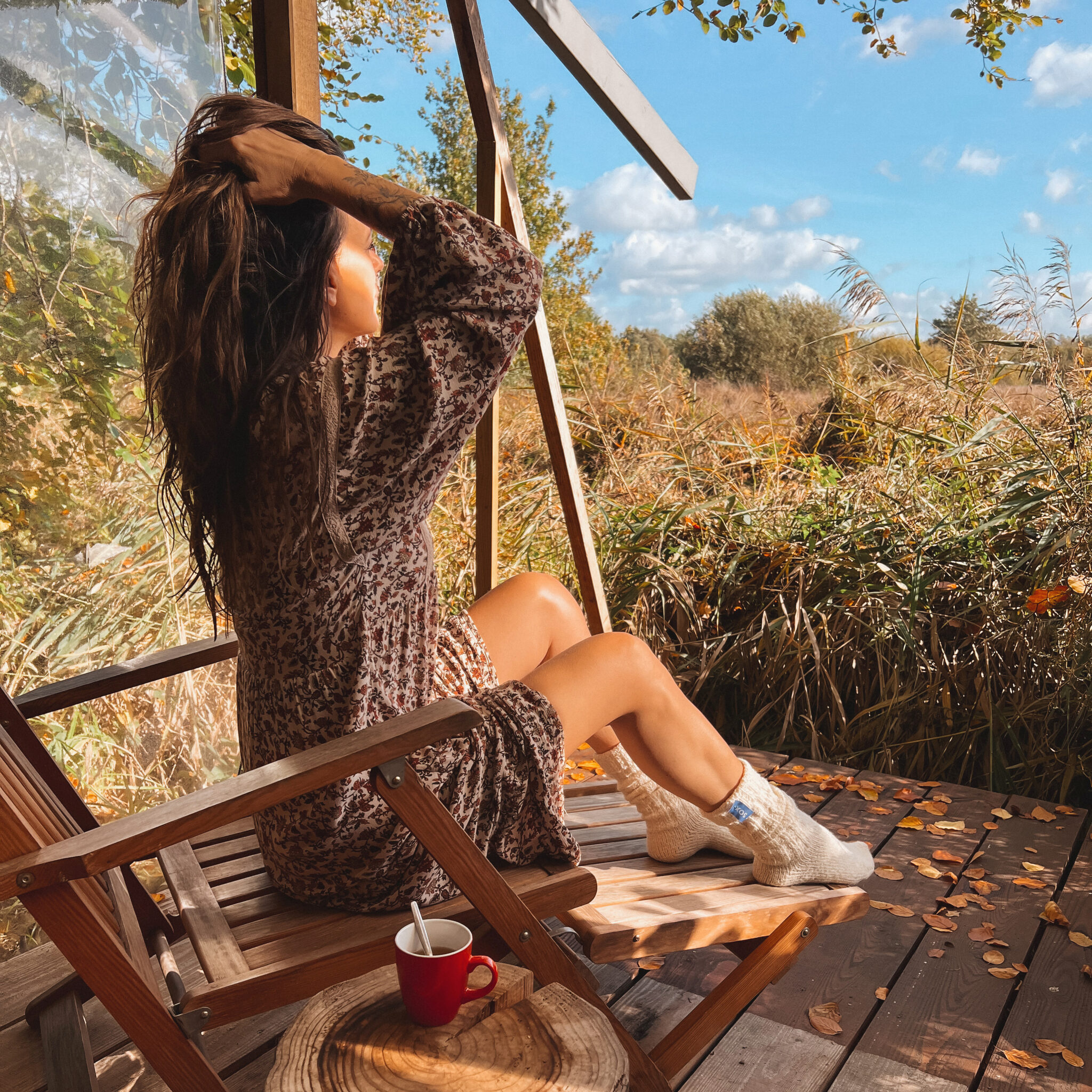 Bio: I’m Andrea, 50 years young and full of life. I have two gorgeous children, I am married to the sweetest, and I live in beautiful Dordrecht in The Netherlands. I work as a content creator and am passionate about dancing, food and life in general. About 11 years ago, rheumatoid arthritis became part of my life. I share my story below. Living with rheumatoid arthritis

How it all started

My complaints started about 11 years ago. I was just 39 years old, living my best life with a 4-year-old son, a husband running his own business from home and a young adult daughter who had temporarily moved back home. I used to run a lot; in fact, I competed in half marathons. But due to increasing and recurring pain and fatigue I stopped. However, the pain in my shoulders, wrists and knees did not go away, neither did my fatigue. My general practitioner referred me to a rheumatologist.

I wasn’t diagnosed with rheumatoid arthritis for at least first four years after my symptoms started, unfortunately. I didn’t have the well-known identifiable rheumatoid factor in my blood. Even though I went to the hospital and my rheumatologist at the time frequently, I had no detectable inflammation at the time of visiting. Without the blood analysis showing anything significant, rheumatoid arthritis was excluded. That really got to me, I felt so misunderstood.

I was sent from pillar to post. My wrists got examined. Carpal tunnel syndrome was suggested and I was given a hand brace to sleep with. My rheumatologist at the time concluded after my umpteenth visit that I probably had fibromyalgia. Now I’m the type who likes to read. I started reading about fibromyalgia and was pretty sure this was not what I had. But I was so fed up with all examinations and the disbelieving attitude of this rheumatologist that I gave up for the time being. I resigned myself to it.

In the meantime, more joints would flare up regularly and I often walked around with a lot of pain and terrible fatigue. One day – I had been walking around for 2 weeks with a knee so swollen as if it was hiding a tennis ball – I was so fed up and so tired that I burst into tears. My husband called the general practitioner, knowing I wasn’t doing very well at all. I am a naturally optimistic person, but I’d hit a wall. Fortunately, I was allowed to come by that same day.

She was shocked by the state of my knee. According to her this wasn’t fibromyalgia and she called the relevant hospital department in person to discuss. It turned out my previous rheumatologist had retired and I was assigned a new specialist. This doctor has been my knight in shining armour. I was allowed to come in straight away and without a shadow of doubt she diagnosed some form of rheumatism.

It may not have been visible in my blood, but I did have many symptoms such as extreme fatigue, swollen, warm and inflamed joints, and stiffness especially when sitting or after sleeping. After taking X-rays of my wrists, shoulders, hips and knees and examining the fluid taken from my knee, I was officially diagnosed with rheumatoid arthritis, abbreviated RA. 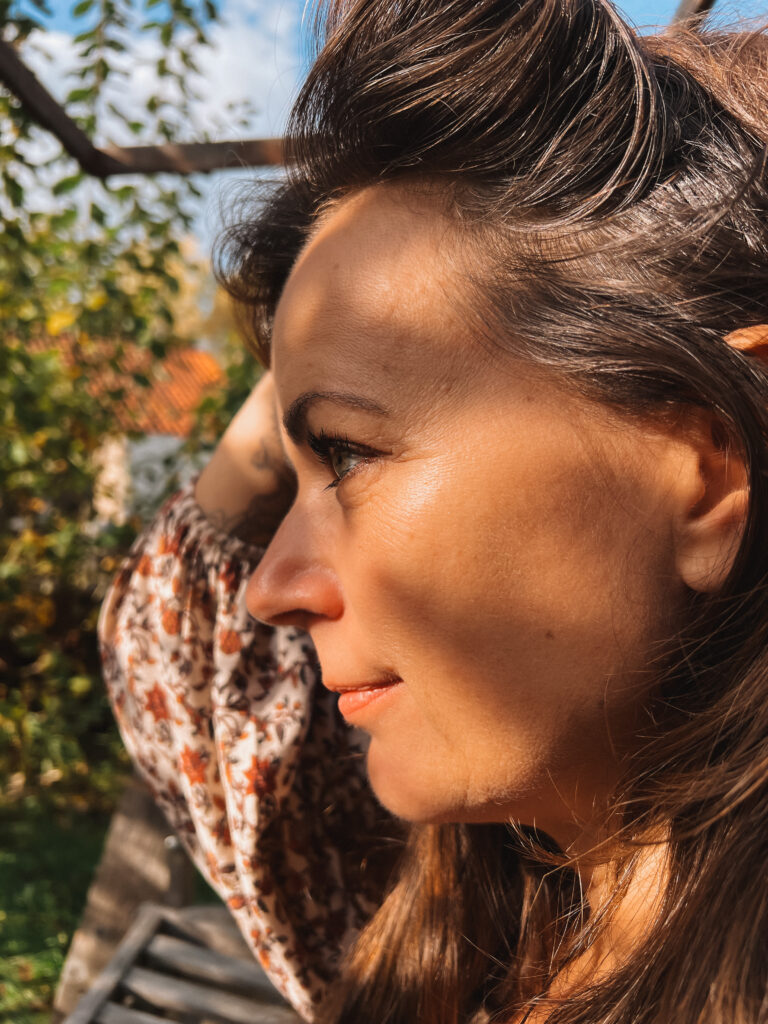 Then my new life started, dealing with rheumatoid arthritis. The first year I found it difficult to accept. It felt like my body was letting me down. Rheumatoid arthritis is erratic, comes and goes and you can often make no heads or tails of it. What works well for one is not right for another. However, I was relieved that I had finally received the correct diagnosis. The fact that I do not have the rheumatoid factor in my blood said nothing; apparently this is only the case for 20% of people with rheumatoid arthritis. This was a big deal for me, I wasn’t heard for years.

Still, I wasn’t going to get myself down. That’s not in my nature. Fortunately, I now have the most wonderful rheumatologist who thinks along with me. We tried a number of medications before I had the right one. I regularly visit my rheumatologist which works very well for me. She takes me seriously and actively thinks along. The medication I have now, ensures that I can participate in life again. There has also been a turnaround in how I look at life in general. I believe in the importance of good nutrition, sport and less stress.

Listening to my body

I get up early, do some exercises to loosen my stiff body and meditate. This is a nice ritual for me to start the day. Recently I discovered yoga! I would like to fit that in every day, although that hasn’t quite worked out yet. My diet now consists of more fruits and vegetables. I no longer eat meat daily and red meat even more infrequently. I have also removed milk from my diet. Oily fish and nuts are more often on the menu. I quit smoking and drink a lot less alcohol. In short, I live a healthier lifestyle. There are days when I’m extremely tired and I can’t do much more than give in to the fatigue.

I am getting better at that, the acceptance that my body sometimes doesn’t cooperate is now greater than in the beginning. I walk a lot with my dogs. Exercise is good for people with rheumatoid arthritis, although I probably won’t run a half marathon again any time soon. I dance almost every day, just at home. To me, dancing is life. I’m by no means a professional dancer, haha. But I love music and moving on it. I plan to study Ayurveda, which has a holistic view of life and health.

Ayurveda is a healing art form that is thousands of years old; it is the health system of the ancient Indian vedic civilisation and is considered to be the oldest health system in the world. Ayurveda is recognised by the WHO as traditional medicine. My goal is to ultimately get my rheumatoid arthritis completely under control. I want to find out the cause and then act accordingly.

Looking to the future in a positive way

What has turned out to be very important for me to deal with rheumatoid arthritis is a sense of humour and a positive attitude. Of course, I have bad days; I sometimes cry from feeling so powerless and I am defiant when joints flare up. Yet I remain positive, like to look at all the beautiful things in my life and embrace my body as it is. Because of the erratic nature of rheumatoid arthritis, I have learned to listen to my body, which I see as a gain. I’ve become much fonder of myself. I give in to my tiredness when necessary an I am determined to grow very old.

I have also become much more aware of the many beautiful and simple things in life. Now I appreciate what I can and have, rather than what I can’t and don’t have. I live much more in the moment. Nowadays I ‘score’ my life with a generous 8, while my first years with rheumatoid arthritis were no more than a 4. My life with rheumatoid arthritis has turned out to be a quest but I am now travelling a road through a rolling landscape rather than climbing mountains.

LET’S COLLABORATE AND
MAKE SOME MAGIC

Any cookies that may not be particularly necessary for the website to function and is used specifically to collect user personal data via analytics, ads, other embedded contents are termed as non-necessary cookies. It is mandatory to procure user consent prior to running these cookies on your website.